We provide a wide range of nationwide investigative services geared specifically to the criminal defense needs of our military personnel.

If you are a military member or a student at one of the National Service Academies charged with a crime under the UCMJ, you need our professional, experienced and capable services. We serve the Air Force, Army, Navy, Coast Guard, Marine Corps, Space Command, and all service academies.

An expert at evaluating law enforcement agencies and their investigative practices. My job is to evaluate and identify investigative deficiencies by the agency investigating your client. If you are an attorney representing clients charged under the UCMJ, we can provide substantial assistance. We will develop an investigative plan or case review that will benefit your client.

You want someone that is an expert in providing defense services in military related cases. We specialize in investigating UCMJ cases.

Our focus is to provide you with diligent and constructive information to address the elements of your defense and provide you (and your attorney) with information that you can use to develop the best defense possible.

We are experienced legal investigators and have investigated hundreds of cases (including civil matters). 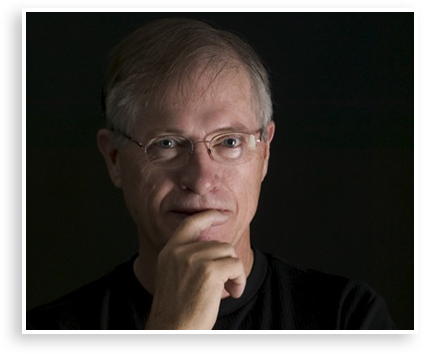 Michael West is the founder and principal of the firm. Michael leads our operational and investigative services.

Michael is a Certified Fraud Examiner and a Board Accredited Investigator. In addition, He has an active and current Top Secret Clearance. His 45+ years of personal experiences are outlined in his biography.

"I am not satisfied until I exhaust every effort possible to provide you with what you need. I value and am committed to my clients and I take pride in my work."

We are available 24-hours-a-day and provide FREE consultations. 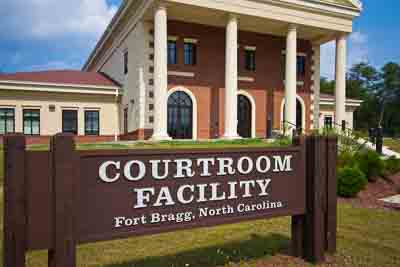 Using a background of over 46 years of investigative and law enforcement service to government and private services, We are strong advocates of producing quality services, reporting our findings in a clear and concise format, and going above and beyond the call of duty.

We are committed and dedicated to providing quality investigative services that 46 years of experience and resources can provide. We help our clients by addressing issues with a high degree of empathy, confidentiality, confidence and understanding. We know the military system and have experience investigating almost all types of allegations.

The foundation of a total commitment to a client is exhibited by my solemn responsibility for providing the very best service possible to my clients, far exceeding any ordinary expectation for the level of excellence.

What Our Clients Say

The Army court martial ended in a full acquittal

Michael West was a valuable member of my defense team while I faced with an alleged sexual assault allegation. Michael worked with my attorneys to identify key personnel to interview and he greatly assisted the team in picking apart the accuser’s falsities and the government’s incomplete investigation. He has an uncanny ability to get individuals to open up to him and give him their honest accounts. The Army court martial ended in a full acquittal and I can thank my vindication in part to Michael West.

That was a good decision

“My husband and I engaged Michael West several years ago, when we realized we suddenly needed an investigator in Arkansas.  We live in Tennessee, and it was unsettling for us to rely on someone we’d never met.  Our internet search yielded impressive qualifications and remarks regarding Arkansas Investigations, and we decided to take a chance with him and his company.  That was a good decision!

Mike listened to us, offered suggestions, and proceeded to work with us in a totally professional and trustworthy manner.  He not only was able to get the information we needed at the time, but he was also there for us when we later needed his personal testimony in court.  He has now helped us several times, and it’s a good feeling to have the confidence and trust in him that we’ve developed over the years.

Mike and his firm have excellent ethical standards.  We’ve never felt the gut-churning suspicion that we weren’t being taken seriously, or that we were being taken advantage of.

We can fully recommend Mike and Arkansas Investigations to anyone needing his services.  These are good folks, and extremely competent people!”

Our Client faced the death penalty after his 1992 conviction for the murder of his former employer in Lafayette County. We worked closely with his new attorneys to survey community opinion and determine if the registered voters in the county thought our client could get a fair trial in that county. Our investigator was the only defense witness called in his change of venue hearing. Our investigator testified that an overwhelming majority of county residents felt our client could not get a fair trial in the county based on surveys that we conducted over a period of several days.

Result: The subsequent change in venue and new trial ultimately resulted in a verdict of life imprisonment rather than death. Congratulations to an awesome team again for working so hard to make sure justice was done.

“The City of England recently used the services of Arkansas Investigations. We asked Mr. West to run background checks in some candidates for our Chief of Police position. The hiring committee felt that the reports provided were a vital key in making the right choice for the Citizens of England. The City of England would recommend their services to anyone and feel assured that when the need arises we will use them in the future.“

Recommend you heartily to anyone seeking assistance

Your work has been just stellar, Michael. I deeply appreciate it. I will have you on speed dial and recommend you heartily to anyone seeking assistance…… Two years back you helped me with a search in the ********* case; specifically, you were going to look for evidence that the court said was missing or lost. DNA testing that we have conducted on the items of evidence that were found have exonerated Mr. ********.

“I’ve worked closely with Mr West and his agency for at least the last 2 years. His aggressive and determined investigations have served me and my clients very well. He is creative and doesn’t give up. His clear, concise and user friendly reports present a remarkably professional product that are usable by clients and quickly accepted in court. I have no hesitation about recommending him to my clients and I do recommend him to my contemporaries. You would do well by using his services.”

I have come to consider Michael West a trusted advisor

During the past few years, I have utilized the services of Michael West for the background information used to hire our executive staff, for background checks on potential clients, and for information to collect bad debts.

He has amazed me with the amount and type information uncovered, and, with the speed it has been presented to us. The reports are very thorough and easy to understand. They give us the tools we need to make out corporate decisions. Michael is also accessible and responsive, whether by phone or email. Not only does he maintain a professional manner with us, but our prospective executive staff members have commented on how easy he was to work with and acted in a very respectful way to then.

It has become very evident to me that Michael does not just go through a check list of activities to sell his services, but is intent on getting the proper information his clients may need. He provides value for the services he delivers. I have come to consider Michael West a trusted advisor and highly recommend him to anyone needing information to make sound decisions.

Michael J. West came into my defense team towards the later part of a 1.5 year long investigative and legal process, but was unquestionably one of the main pillars that led to my full acquittal. As soon as Mike came on board he quickly went to work with my defense lawyers to receive copies of all evidence and interview videos which he used to dissect the dynamics of my case.

Mike’s analysis and personal understanding of OSI’s investigative processes was invaluable to my legal defense team in identifying critical areas for defense, counter arguments, cross examination development and in identifying the violation of my 4th and 6th Constitutional Amendment Rights. I ultimately faced 2 charges, one each of Article 120b (with 4 specifications) and 134 of the UCMJ.

Hiring Michael West to work with my legal defense team provided professional perspective and insight that saved my 18 year military career, integrity of my family, financial future and allowed the truth to emerge in a case that was based on a lot of accusations and no hard facts. I would recommend working with Michael and found him to be a fair and upfront professional who is worth the money spent to protect my life.

Your investigation and attention to detail exceed our expectations

I recently had an opportunity to refer an investigation to your firm and based upon the outstanding work that was completed; it is with ease that I write this letter of appreciation and recommendation. The investigation that we referred to you was on behalf of a valued client and involved a complicated, corporate fraud situation.

I want to compliment you on the immediate attention that you gave to this investigation. I was grateful for the constant updates which enabled me to keep our client apprised of new developments. Your investigation and attention to detail exceed our expectations and allowed us to provide our client with a professional work product that will support their future civil action.

Utilizing surveillance, undercover operations and through due diligence searches, you were able to obtain information that surpassed our initial requirements. I must also mention that your ability to complete this assignment below the planned budget is also greatly appreciated.
Be assured that in the future, you will be our first contact for any investigative assignments in Arkansas, Oklahoma or Louisiana.

I would like to take this opportunity to express my sincere appreciation and thanks for a job well done. The work you performed in my personal case proves that you are truly an outstanding private investigator. Your experience and professionalism had a tremendous impact on the outcome of my personal case. Your dedication to the case was above and beyond the call of duty.

There was never a moment you were not available to me to answer any question I may have had. The research you performed was perfect and the assistance you provided with obtaining all the evidence needed for my case was extremely important in winning my case in federal court.

Very prepared for trial and present cogent and intelligible testimony

As an attorney, I have found Arkansas Investigations to be a very valuable tool for my practice. Not only is their reporting concise, on-time and usable, the written format is exceedingly professional. They are very prepared for trial and present cogent and intelligible testimony. Perhaps I am most pleased with their use of creative and innovative investigative methods employed with several difficult cases. These “out of the box” approached obtained useful results! In short, I highly recommend them.

“Mr. West did a wonderful job for my family and I. I am a physician who was accused of crimes against patients I did not commit. He performed detailed research into the history and background of the complainants, performed more than 103 interviews, made numerous trips to multiple states for face to face conversations, and actively aided my defense team in strategy and tactical decision making.  He worked directly with defense attorneys during pre-trial and trial and he was continuously involved onsite for investigative trial support. With his help and that of my defense team I was fully acquitted. Thank you Mr. West for your help in returning me to my family and patient care. ” (I am more than happy to verify this testimonial upon request, I just don’t want my name out in the public.)